Things That Take You Back To Childhood: 1: Sesame Street

Yeah, I admit it: I enjoy watching Sesame Street first thing in the morning. Go ahead, mock me if you will, but for me, it's a daily dose of childhood innocence, an hour for me to quietly wake up, without having to hear about another bombing in Afghanistan, or another incident in Iraq, or another rape, murder, or child abduction. It's also about all I can handle first thing in the morning -- my brain takes about an hour to "warm up," and I'm not about to try to comprehend anything more complicated than numbers, letters, and muppets before noon.

As an adult, I'm noticing there are so many layers to the show, things you never noticed (or even would have paid attention to) as a child. Sesame Street is, in short, very much complex within its simplicity.
Posted by Unknown at 1:05 PM 1 comment:

Email ThisBlogThis!Share to TwitterShare to FacebookShare to Pinterest
Labels: Childhood, Sesame Street, television, Things That Take You Back To Childhood

I think this speaks for itself.
Posted by Unknown at 8:55 PM 1 comment:

Holy HELL this thing is creepy!

What did the teacher do? Why, she announced to her class that she was getting married to another woman! And this asshat "parent" made a big fucking deal over it.

Why not just be happy for the woman? She's getting married to the one she loves, which is a beautiful thing!

But some people just can't wrap their heads around the idea that love isn't restricted to people of the opposite sex. (Or, thinking of a triad I know, solely the cisgendered.*)

I don't get what the big deal is over gay marriage. We're people, we live, we love, we want to formally declare that love -- JUST LIKE YOU. "Civil unions" won't cut it; I seem to recall a time when "separate but equal" was applied to another group of people, and that didn't work out well at all. Civil rights are for ALL people, regardless of color, gender, sexual orientation, or any other arbitrary division you can think of.

*cisgendered -- this is the term for people who are not transgendered, that is, our physical gender and our mental gender match up.
Posted by Unknown at 11:03 AM 1 comment: 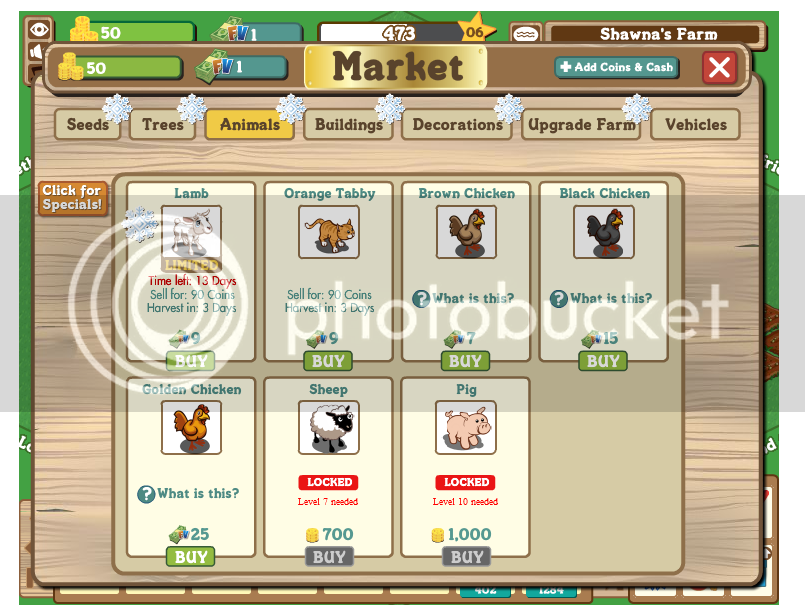 What the hell am I supposed to harvest from a cat?!
Posted by Unknown at 4:30 AM 4 comments:

I got nothing, today. No interesting thoughts, no strange revelations, just Iron Maiden coming through the speakers, and a rather dull mind-scape.

So here, have a LOLCat. 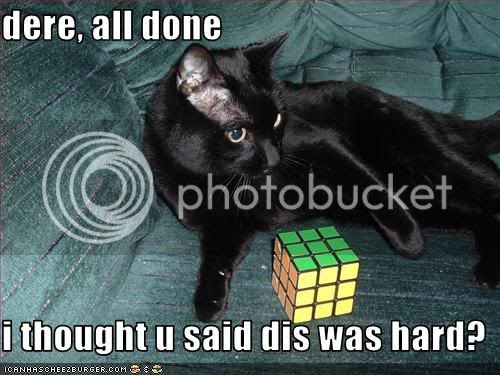 *wanders off to sort links*
Posted by Unknown at 10:37 PM No comments:

Having watched it three times last night, I couldn't stop giggling at his lunacy. Sexual orientation, while fluid to a degree, isn't exactly something you can change.

I'm bisexual. Men, women, I find them both attractive. But I lean towards the "straight" end of the spectrum, with a definite preference for the Y-chromosome set. Come to think of it, a true 50-50 bisexual is a rare thing, most of us "lean" towards one end or the other. So, yeah, sexuality, for me, is a fluid concept, as is gender; I don't see the need to single out the LGBT crowd for "you, you're different, you're BAD" treatment, because it's all just a variation on the themes of sex and gender.

Likewise, sex isn't about which parts are going where -- it's about bonding with your partner, and having fun, and feeling good. It's something that should be enjoyed, not shut away as "dirty" or "obscene".
Posted by Unknown at 9:17 AM 1 comment:

I've been awake since 8:00 this morning. I'm freakin' BORED, man! I'm not USED to being awake that early, and don't know what to do with this extra time. 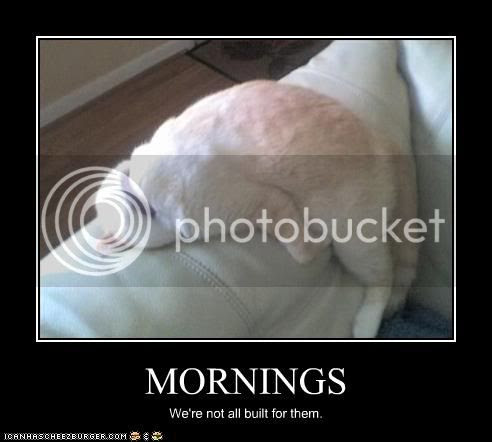