Holy Office: Jesus vs Dr Who

Holy Office: Jesus vs Dr Who
Posted by Unknown at 6:02 PM 2 comments:

On "Uzumaki", or "Why Babies And Placentas are Creepy"

Junji Ito's "Uzumaki" is, in few words, creepy as fuck. No denying it, it starts out bug-fuck crazy, and just gets worse from there. If nothing else, because of the damn spirals. Everywhere. And the spirals are spreading, consuming, twisting -- Kurozu-cho is one of those places.

Anyway, click the images to embiggen... if you dare.

It starts with this. 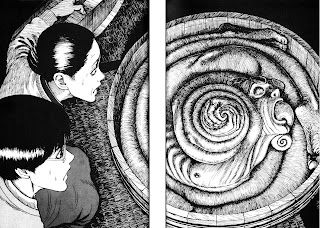 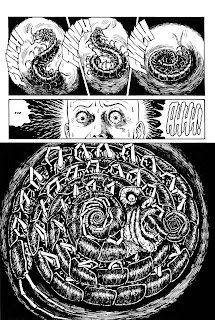 This still isn't the worst bit... 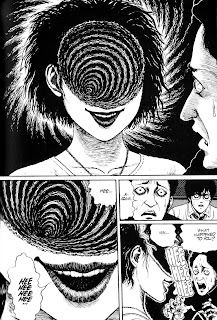 Or this, with the spiral-infected hair. Or even the blood-sucking pregnant women, which I neglected to grab a scan of. 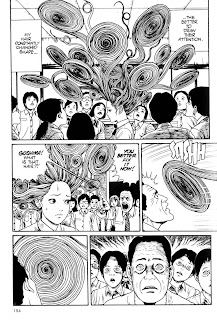 No, you see, Chapter Eleven manages to make something that should be, you know, celebrated, into... well... something truly terrifying and downright scary. The real hard-core high-octane nightmare fuel comes when the pregnant women I just mentioned above give birth. 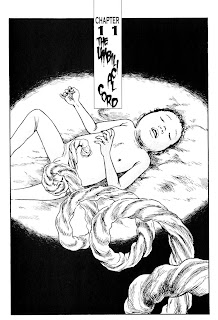 The babies seem normal... except for their bellies. The swelling seems to be uncomfortable, but so far appears to be... nothing. Just colicky babies, or something. 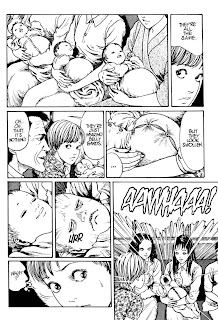 Meanwhile, the cafeteria has started serving a new variety of mushroom. 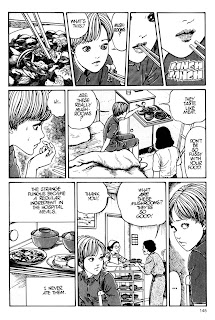 Well... they say it's a mushroom. And the other patients seem to love the new food. Yeah... more on the mushrooms later, we got creepy kids here! 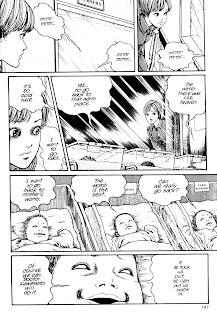 The babies? Not so normal after all. Here, they're talking about wanting to go back into the womb, one even saying, "I want to go back to mother's womb." Immediately followed by gnarly reveal number one: the bulging belly: 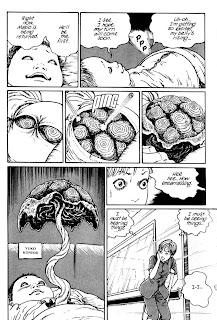 The babies regrew their umbilical cords and placentae. Seriously. And that placenta-tree thing, in the lower-left panel, is really freaking me out. Yeah, looks like Kirie couldn't handle the revelation, either -- too bad for her it's only starting. 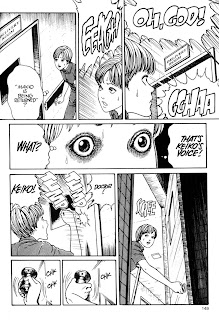 holds a motherfucking forest of motherfucking placentae! Worse yet, the OBGYN has been harvesting these placentae (and presumably the umbilical cords) and passing the bits off as mushrooms! (Told you we'd get back to those.)

And just in case you thought "that's not so horrible," just keep scrolling down. 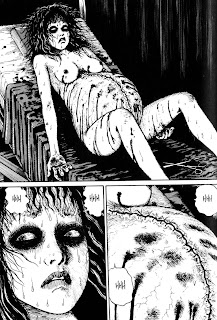 The doctor successfully re-implanted the infants.


After that, I need some brain bleach. Something cute. Ah, here: 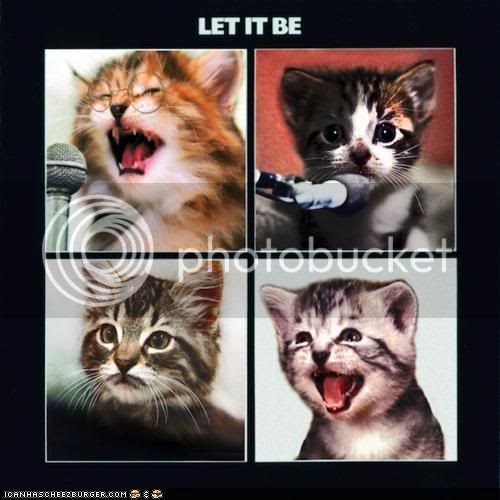